The Karen Sergeant and his Daughter 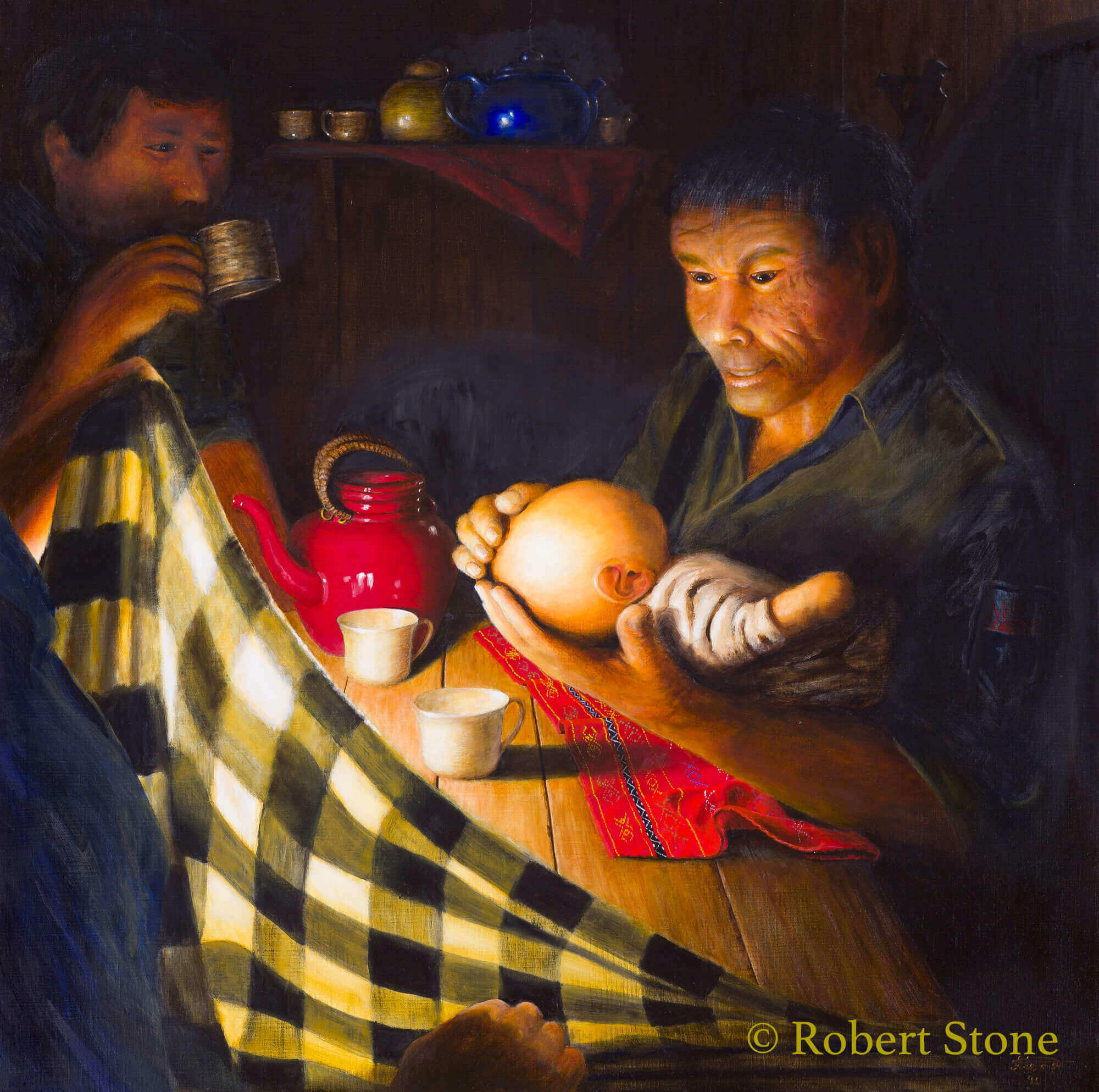 I have always been struck by what a fine line there is between the monsters of the human race and its saints. I have been around both monsters and saints, and they are not so different. We all have both traits within ourselves. The only difference seems to be how we subtly nudge our impulses in one direction or the other, and which of our competing tendencies we choose to encourage in ourselves and our children as we mature as people. The Karen sergeant is one of the most unforgettable people I have ever met, as he fully embodies the two extremes in one person.

*A note about the checkered cloth:
I hope that I will be excused for mixing cultural references here. The checkered cloth in the foreground is actually a symbol I borrowed from Hindu Bali. Poleng cloth represents good and evil. The cloth reflects the belief that there can be no good without evil, and the goal is to achieve a balance between the two. Just as a cloth that is merely black or merely white has no features, and the paper without the pencil line is merely blank and monotonous, creation has no meaning without both good and evil.
In the west we tend to see it differently. We try to promote the good and destroy the bad. Bad is to be eradicated until only good is left, perhaps a fool’s  goal.
HT embodied both good and evil to an extreme degree.